The flexible approach to your training needs

THE FLEXIBLE APPROACH TO YOUR TRAINING NEEDS

Where to find us working: 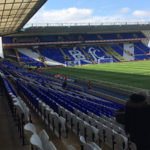 St. Andrews Stadium, home to Birmingham F.C, is one of the oldest grounds in the English football league having been opened in 1906 to replace their previous Muntz Street ground. The club itself are one of the oldest football teams in England-a feat which they share with their greatest rivals, Aston Villa, who play their games only a short 5 mile distance away.

Birmingham F.C are currently playing in the Championship Division of the English Football League and are protected by the staff at K2 Services Ltd.

STA have worked with K2 and their affiliates at BCFC for a number of years and you will often find a few of our assessors at the ground on match days. 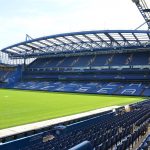 Stamford Bridge is the home of Chelsea F.C who are one of England’s most successful football teams over the last 15 years. Stamford Bridge, as a stadium, has been around since 1877 during which time it was occupied by the London Athletic Club. When Gus Mears then founded Chelsea F.C in 1905, he/the club then took control of the stadium and have been there ever since!

Chelsea currently play in the English Premier League and have consistently been one of the top performers in the league since their purchase by Roman Ambrovich in the early 2000’s.

Stamford Bridge is protected by Servoca Security whom are another company that we have worked with for multiple years, ensuring that their staff are trained to highest degree possible. 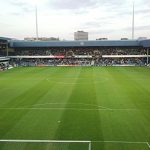 Loftus Road is the home venue of Queens Park Rangers who are currently playing in the Championship division of the English Premier League.

QPR took ownership of Loftus Road in 1917 as their previous ground at Park Royal had been commandeered by the British Army and have been in the ground up to the present day, barring a few seasons where the club played at the White City Stadium in the early 1930’s. The ground is very tight and compact which allows for great acoustics from Home and Away fans alike!

Loftus Road is protected by Achilleus Security whom are another long standing training partner of STA. We have worked with Achilleus for a number of years ensuring that their staff are trained to the highest possible standard. 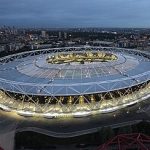 The London Stadium, previously known as the ‘Olympic Stadium’ when it was used as the primary track & field stadium for the 2012 London Olympics, is now home to West Ham F.C whom left their previous ground to move into the stadium in 2016.

West Ham F.C are considered the primary tenants of the stadium but the operators do still licence the ground for use with other sports from time to time. This in turn means that any staff working at this ground get to protect a wider variety of sports than other stewards in a similar role elsewhere.

The London Stadium is another ground that is protected by the people at Achilleus Security whom operate safety services at multiple grounds within the London area. Achilleus always strive to have their staff trained to the NVQ standards as soon as possible. 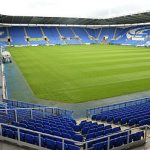 The Madejski Stadium is the home of Reading F.C, another club that can lay claim to being ‘one of the oldest clubs’ in England, having been founded in 1871!

The stadium has dual tenants in the form of both Reading F.C and London Irish RFC making it one of only a few stadiums in England that see’s a ground share (of sorts) between both a football and rugby team.

Reading F.C, known as ‘The Royals’ currently play in the Championship Division of the English football league but were playing in the Premier League as recently as 2013.

The Madejski Stadium is protected by the staff at Sands Security Ltd whom we have have recently started working with to provide their stewards with the best training possible in regards to the Level 2 NVQ in Spectator Safety. 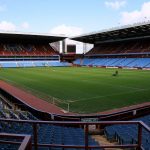 Villa Park has hosted the most F.A Cup semi-final games of any team in the EFL having hosted the semi’s a total of 55 times! Aston Villa F.C have enjoyed a mix bag of success in recent years having been relegated from the Premier League in 2016 to the Championship before then winning promotion back to the Premier League, via the Play-offs in 2018.

Villa Park is protected by our friends at K2 Services Ltd, who are fast making a name for themselves in the midlands, as the premier event security operators in the area. 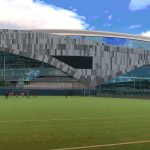 Tottenham Hotspur Stadium or ‘White Hart Lane’ or ‘New White Hart Lane’ to the Spurs faithful’ is a new, all-seater stadium based in Tottenham London that was officially opened in April 2019. The ground has a capacity of 62,062 making it the largest stadium in the London area. The ground is also unique due to its retractable pitch and ability to convert the stadium to a ground suitable for NFL games.

Spur’s have been enjoying great success in recent times, having cemented themselves as one of the ‘big 6’ clubs in the Premier League with appearances in both the 2018 Champions League finals and an F.A Cup final in 2016 coupled with consistently finishing the league season in the Champions League qualifying places. At the time of writing, Jose Mourinho, former Chelsea and Manchester Utd manager, has been appointed as the new club manager.

Tottenham Hotspur Stadium (White Hart Lane) is protected by ISC Security whom we have recently started to partner with in regards to provisions of the Level 2 NVQ in Spectator Safety and the accompanying training program. 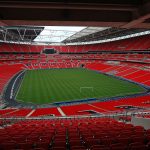 Wembley Stadium is truly deserving of the term ‘iconic’ having been internationally recognised all over the world as the home of the English National Team and arguably the home of football itself (according to most Englishmen) since its founding in 1923. Since that time, the ‘old’ Wembley has now been extensively redeveloped into the second largest, all-seater stadium in Europe and the biggest in the UK.

New Wembley was opened in 2007 following many years of development that saw the F.A Cup Final being moved to the Millenium Stadium in Cardiff for a number of years whilst the stadium was being redeveloped. Wembley now features a giant arch that serves both as architectural landmark and supporting structure for the roof along with a 90,000 capacity and official UEFA Cat 5 status.

Of course, the team that play at Wembley are the English National Team, whom have given the country numerous heart-aches over the years but more recently have been providing us with a new sense of pride under the tenure of Gareth Southgate.

We work with ISC and Servoca Security at Wembley stadium where we provide the stewards with the training and knowledge necessary to be a competent event safety steward. 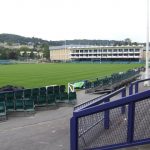 The Recreation Ground is defined as a ‘large open space’ that offers a quarter of its ‘space’ to be the home venue for Bath RFC, one of the staple teams in Premiership Rugby.

The Rec’ as its more commonly known is a fairly open venue which means it can be a bit damp for supporters and stewards alike but the atmosphere at the ground is always enough to warm those that get involved with the club and venue. Bath RFC, were at one time, one of the dominant forces in Premiership Rugby (whilst the sport was considered amateur) but have struggled to repeat that success in the ‘professional era’ since the game went pro in 1996.

Bath RFC are protected by the staff at RS Security, whom are a new partnership for STA this year, and one that has adopted a new model of assessment/training that we hope to roll out to other rugby clubs with venue safety concerns. 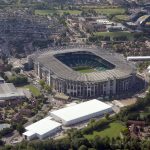 Twickenham or ‘twickers’ or ‘the cabbage patch’ is arguably the home of Rugby Union in general along with being the national venue for the English Rugby team. Twickenham is the largest sports stadium in the world that is dedicated to Rugby Union and is only second in size, within the UK, to Wembley Stadium itself.

Anyone that has been to Twickenham will attest to its palpable atmosphere on match-days along with the steepness of the stadium itself! You never feel quite as high from the ground as you do when you sit in the top tiers of Twickers’.

The English Rugby Union team have been one of the more dominant forces in world-wide rugby for the last 20-25 years although they have struggled to close out some tournaments that were potentially very winnable for the squad.

Twickenham is protected by their own, internal safety stewards, of which a portion are trained by us here at STA Limited.